The latest interactive game from Imaginarium Studios, Planet of the Apes: Last Frontier, has been confirmed as a PS4 timed exclusive. Although it will be coming to PC and Xbox One, the PS4 will be the first to get it.

The game was first announced back on August 18th, and no mention of timed exclusivity was eluded to. In fact, the official press release stated that

The Imaginarium Studios, the premier performance capture studio for film, television and video games, in partnership with FoxNext Games, today confirmed Planet of the Apes: Last Frontier will be releasing on the PlayStation®4, Xbox One and PC this fall

Nowhere else in the release did it mention a release date or platform exclusivity. This led us to believe that the game would naturally be released at the same time across platforms, but this was not true to our dismay.

The game’s description in the official trailer states “Coming soon, exclusively for PS4 the morally and ethically challenging choices you make will influence how the story plays out for both apes and humans“. When a commenter noted that the game was set to release on both Xbox One and PC as well, the studio themselves responded by saying “True, but it is coming out for PS4 initially, then Xbox One and PC later on. We’ll be announcing the release dates as soon as possible.”

The game’s official website, which initially did not list any exclusivity, has also been updated to reflect the change. There is still no current release date, and the game is scheduled to release this Autumn. We reached out to Imaginarium and FoxNext Games to see about the initial confusion and will let you know what we find out. 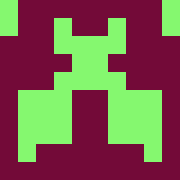 mikeboccher
Michael lives in New Jersey with his three children and beautiful wife, who for some reason is cool with him talking about games as much of his free time as he can. In his spare time, he likes to ponder questions such as "What would happen if Pinocchio said my nose will grow right now?" He is also the most logical person you will ever meet.

Marvel vs. Capcom: Infinite took off my clothes and didn’t boink me

Light Fingers is stealing its way to Xbox One

By Steve Clist14 hours ago0

Cyberpunk 2077 will get a free Xbox Series X upgrade

By Steve Clist16 hours ago0

By Steve Clist17 hours ago0

Here are all of this weekend’s Xbox trailers on YouTube

By Steve Clist2 days ago0

By Ben Kerry2 days ago0

By Ben Kerry2 days ago0